Axie Infinity Shards(AXS) are an ERC-20 governance token for the Axie Universe. AXS holders will be able to claim rewards if they stake their tokens, play the game, and participate in key governance votes. Players will also be able to earn $AXS when they play various games within the Axie Infinity Universe and through user-generated content initiatives.

Our goal with Axie Infinity Shards is to align the incentives between the players of the game and the developers in novel and exciting ways. The mechanisms described above have two main goals:

We want Axie to become the first game truly owned and operated by the community that plays it. This opens up limitless possibilities but must be approached carefully. In the past, projects have been abandoned and become stagnant using the term “decentralization” as a ruse. The shift to a true Decentralized organization will occur gradually over time.

The Treasury receives inflows from:

More streams will be added in the future from cosmetic sales, tournament entree fees, licensing fees, and more as new opportunities present themselves.

The token has been designed in collaboration with Delphi Digital who has put together an AXS staking guide so future holders can view the potential of AXS at a glance. 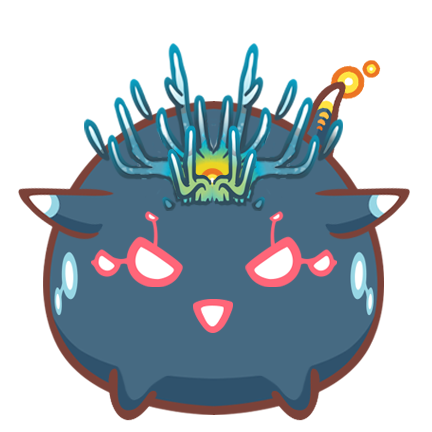